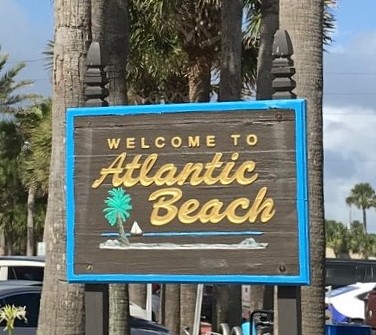 Atlantic Beach, Florida is a laid-back beach town in Duval County, at the Atlantic oceans edge of Jacksonville, Florida. One of Jacksonville’s eclectic beach communities, Atlantic Beach has a small-town feel, with miles of beautiful beaches, numerous parks, and excellent schools. See the sunrise on the beach, then set at days end from Dutton Island Preserve on the Intracoastal Waterway, ICW. 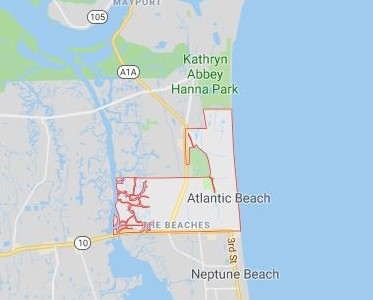 The city has a total area of 13 square miles, of which 9.5 is water. Atlantic Beach is conveniently located just 30 minutes from downtown Jacksonville and just 45 minutes from JAX airport.

The city has two miles of white sandy beach with 18 ocean beach accesses.   In addition to the beach, the city has sixty-five acres dedicated to parks, including the Dutton Island Preserve on the Intracoastal Waterway. Along Atlantic Beach’s northern border is Hannah Park, a magnet for surfers, beachcombers, campers and bicyclists, offering an old growth biosphere of lush, tropical, coastal hammock, a bit of Old Florida alive. 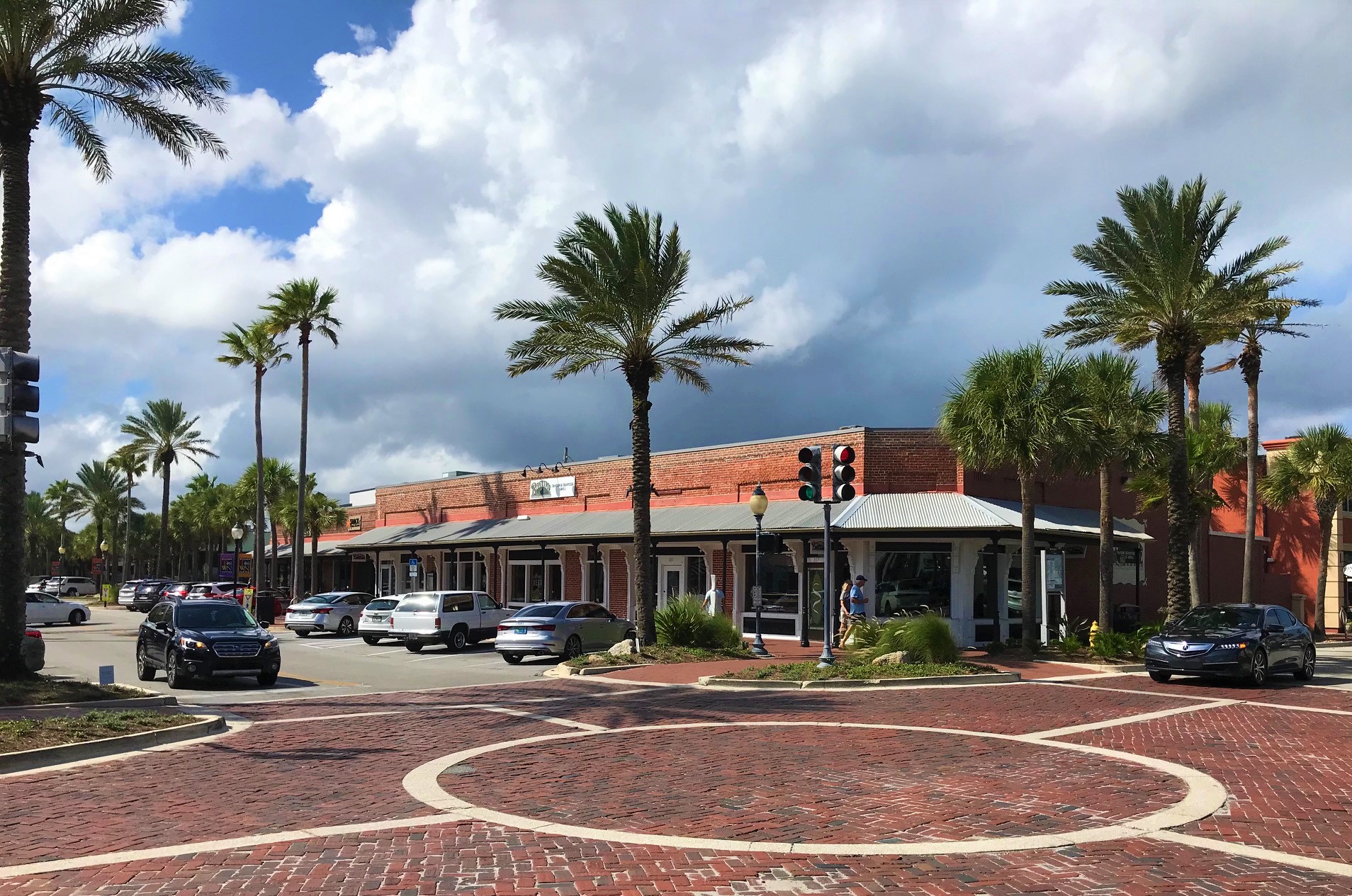 The Town center offers nightlife, shopping, dining for all tastes and the occasional art festival or “Dancing in the Streets” festival.

About the residents of Atlantic Beach 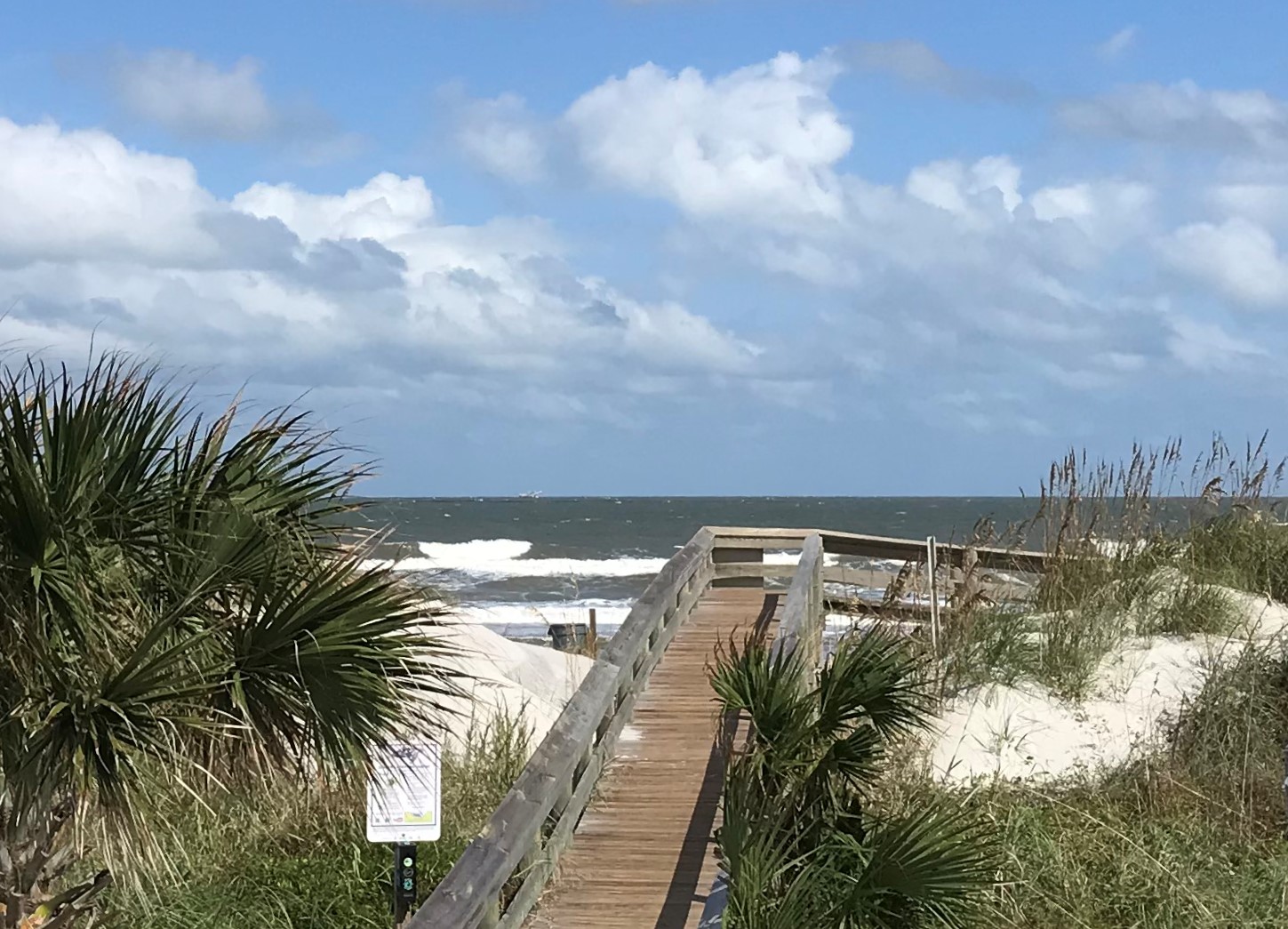 Soon after building the Mayport branch of the railroad in 1900, Henry Flagler built a large summer resort on the railroad line between Mayport and Jacksonville Beach.

After the war land began to sell again and the settlement grew. The Town of Atlantic Beach was incorporated in 1926. The diverse architecture of Old Atlantic Beach still offers a glimpse of some of the original homes built in this era. 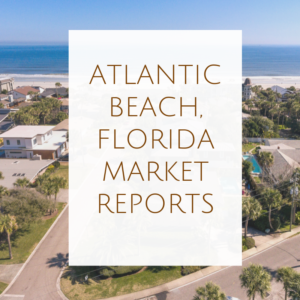 As we all know, real estate will always be about location, location, location. Atlantic Beach is a destination location, offering a lifestyle and ambiance that is unparalleled anywhere along the Southeast Coast. It is easy to escape the bustle of nearby metropolitan life with a stroll on the beach, fun times in one of the many parks sprinkled throughout the community, a round of golf  or dinner at Atlantic Beach Country Club, sporting events like baseball, soccer, pickleball, tennis, squash, and skateboarding at the city’s Jack Russel Park. Best of all, when a swell arrives, the town shows up on the beach to watch or partake in surfing. Fun lives here! 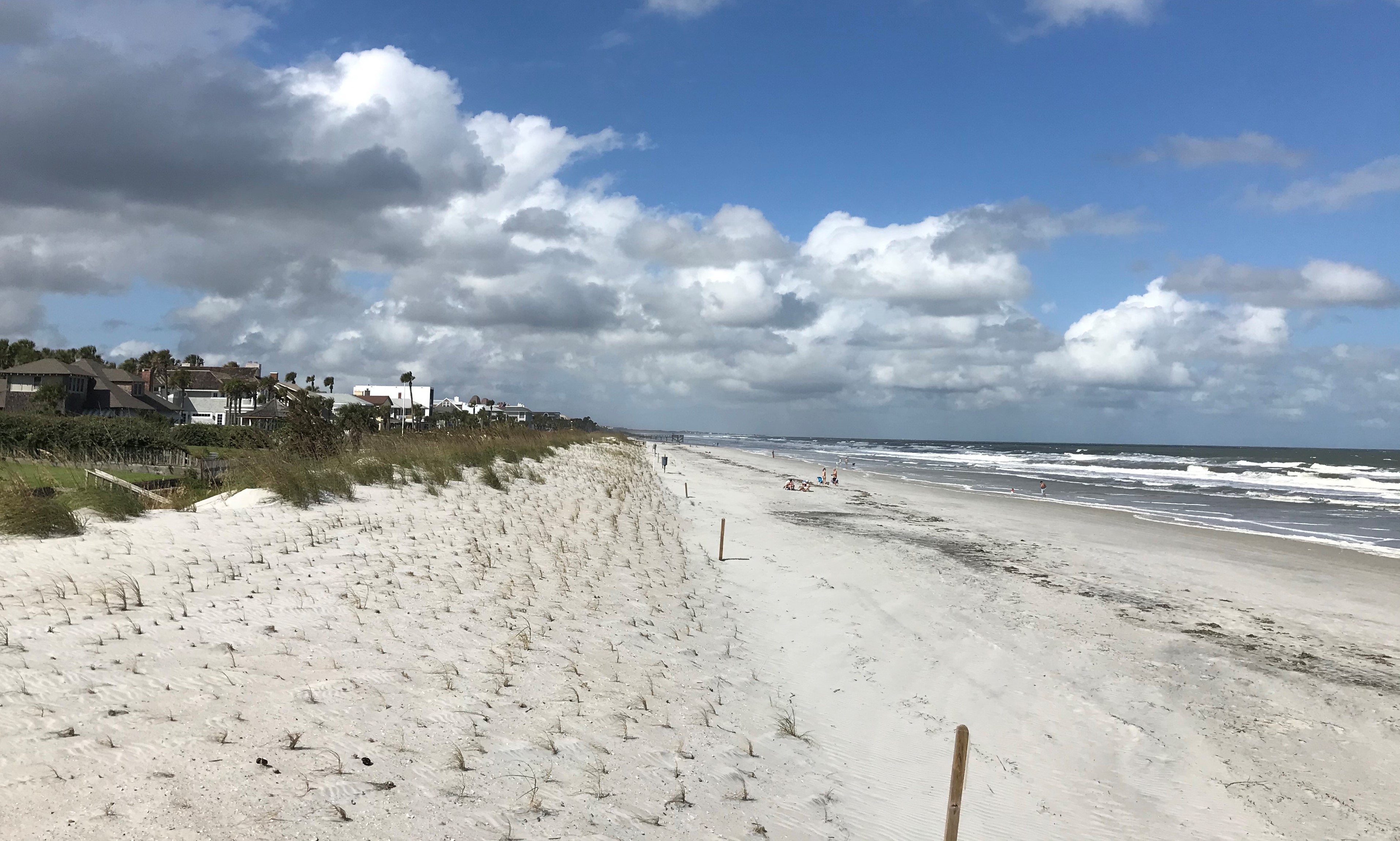 While home prices range from the mid $100,000’s to several million for a direct oceanfront estate, Atlantic Beach has successfully demonstrated an uncanny ability to come together without bias to income bracket. A true community.

Killebrew and Company Realty Inc., specializes in selling real estate in Atlantic Beach and the surrounding Jacksonville Beaches areas. Kirk was born and raised in Jacksonville Florida, where he still resides today. With over 20 years of experience serving the real estate needs of the local area, Kirk and his team have helped thousands of local home buyers and sellers smoothly through all their real estate transitions.

“In case you only read this first paragraph, know This: Kirk is not the usual real estate agent. He easy to work with, not pushy or hard-sell. He is genuinely professional, friendly and trustworthy. I never felt pressured and could ask any questions. He is easy as Sunday morning.

In 2017, Kirk sold my house in Atlantic beach, FL. At the time I had three months to move to Bali, Indonesia. Kirk sold and closed in 7 weeks. Not only that, but I made a tidy profit. At the closing Kirk told me “I don’t think we could have gotten any more for the property.” I am thankful I met Kirk Killebrew.

I have bought and sold 7 houses in my lifetime, each was a primary residence—of them, Kirk was the best agent. I gave Kirk 5 stars because he earned it. In particular, Kirk’s knowledge of the Jacksonville beaches area impressed me. He knows intricate details about each neighborhood and many of the properties. I can’t think of anybody, agent or or otherwise, who has more personal knowledge of the area.”  ~ Michael Lyons 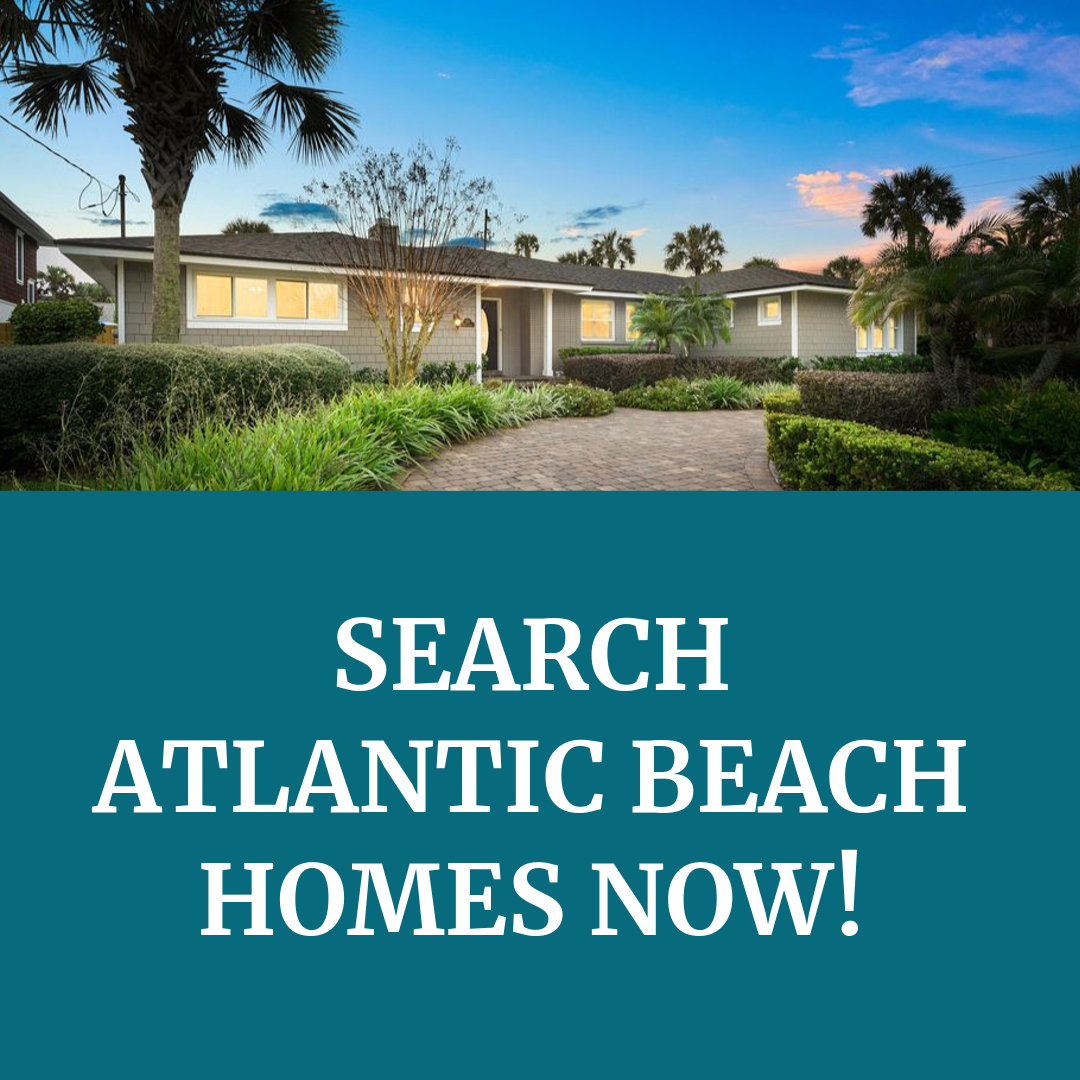 CONTACT US TODAY TO DISCUSS YOUR ATLANTIC BEACH RELOCATION!